A Czech documentary that was banned back in the 1950s has a rebirth in the Czech Republic.

Radio Prague did a story on the resurfacing of this rare gem called Cesta vede do Tibetu, or The Road Leads to Tibet. Shot in 1953 by Vladimír Sís (director) and Josef Vaniš (cameraman) in Tibet region, the film is said to be one of its kind, original work that documents construction of the Sichuan-Tibet highway between China and Lhasa. Since China had occupied the region but hadn’t yet destroyed the cultural treasures, like the monasteries, it’s surely an archaeological delight.

Per Radio Prague’s reporting, The Road Leads to Tibet premiered in 1955 in international film festivals and also had screenings at in Czechoslovak cinemas in 1956, though soon afterwards, it was banned by the communist government of the time. And the ban pushed the film down into the National Film Archive where it would remain forgotten for the next six decades. 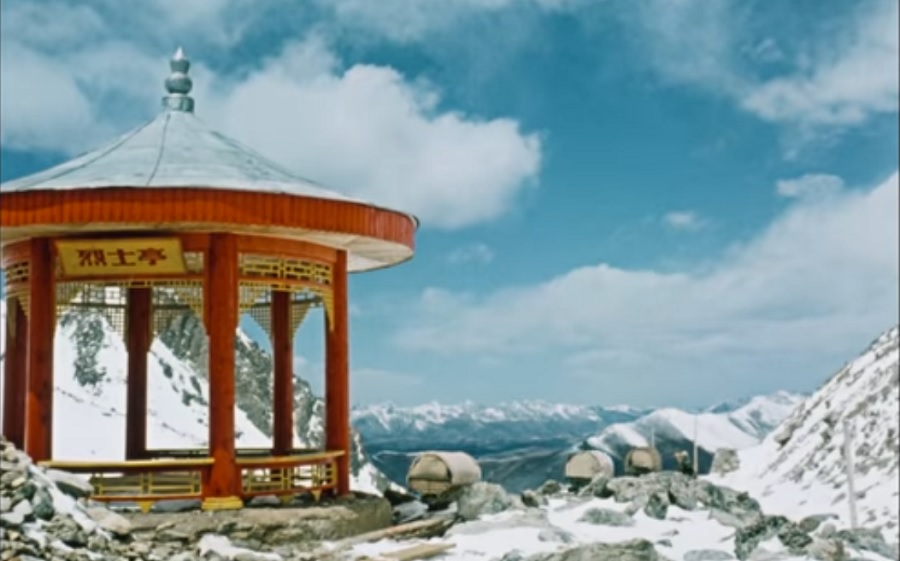 Finally, however, this gem emerged from the beneath dust of time and had its second life in Europe with its “renewed” premier in Prague on Tuesday.

Viktor Kuna, who is credited with the re-discovery of this film, was cited telling about its screening as:

The audience will see the only surviving copy, which was made for Czechoslovak cinemas.

Besides the content of the film, it’d be worth seeing this film for gauging the filming parameters of the time—the videography and editing choices, narration technique, music, and sound, and even little details like opening and closing credits, captions, and all that. It is not clear when/if an English version of the film will be available anytime soon. The story page on Radio Prague did include the video of the opening from the film, and it’s in Czech of course.

One can only imagine how many other film troves like this lost-and-found, or more precisely ‘banned-and-retrieved’ valuable are waiting in some dark, lonely corner to be brought back to their life on screen. A call for wide-scale rummage I guess!

Behind the Scenes of ‘The Emergency’ with Mark Vegar