Twin Paws Productions  is proud to announce the completion of filming its first film project.

The short film Nightmist, written and produced by Petra Tressler and Denise Carey-Costa, was filmed on location in Central Florida over the course of two days. It was directed by Tressler and filmed by Alex Minor. Both Carey-Costa and Tressler have multiple screen credits to their names as well as many awards for their work. 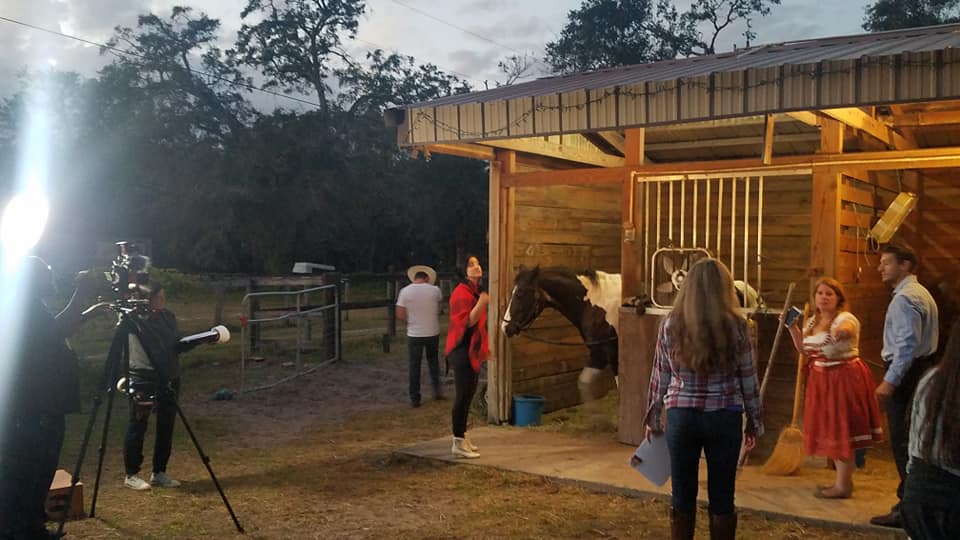 Cast and crew on the set of Nightmist

Every year thousands of tourists visit the Chincoteague Island off the coast of Virginia to witness the famous pony swim. This was made famous in the  classic children’s book Misty of Chincoteague published in 1947.

Nightmist, a descendant of Misty, also had his share of fame in the late 1960’s. He was well loved by many and often visited hospitals and nursing homes spreading his own form of inspiration and miracles. His life story was captured in a book called Nightmist the Miracle Pony by Jessie-Ann Friend and published in 2007.

The short film Nightmist captures the beauty and magic of this special horse and the friendship he had with his owner Michael Pryor. The movie stars Frank DeTommaso as Young Michael, Don Larson as Grandpa Michael, Traci Newman as Maria and Zachary Vazquez as Toby and features “Mia” as Nightmist. The supporting cast was also filled by local talent. 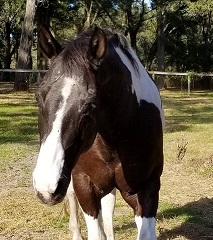 Mia, the horse playing Nightmist in the movie

The film is scheduled to premier on March 9th, 2019 in Waynesboro, PA, and have its Florida premier sometime in the summer of 2019. The  film has a running time of 30 minutes and will travel the film festival circuit. A feature film version of the story is also being considered.

Nightmist the film will inspire a new generation of fans of the famous Chincoteague ponies.

Visit the Nightmist-The Movie page to see more of the project and Facebook updates.

Behind the Scenes of ‘The Emergency’ with Mark Vegar